Why Node.js is perfect for web application development 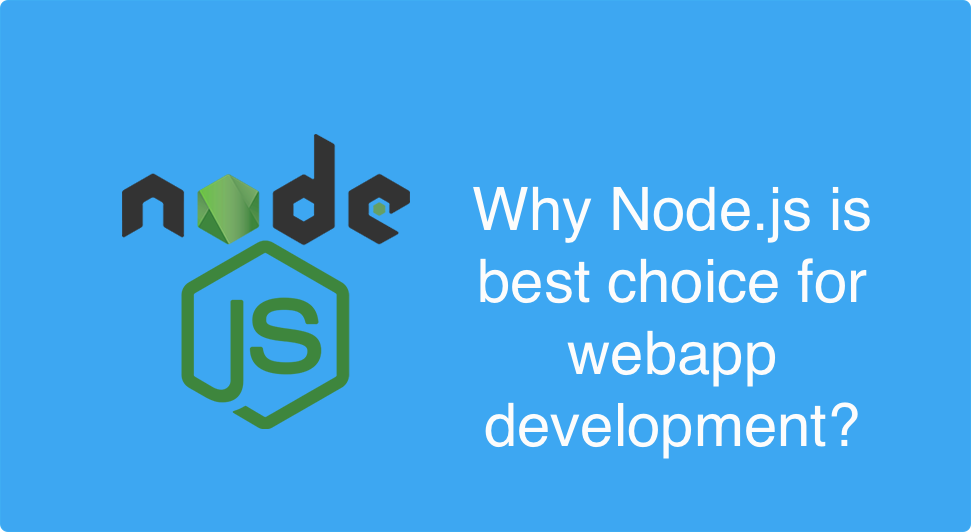 Node.js is an exponential choice for real-time application and has been the top choice of web developers because it represents a “JavaScript everywhere” paradigm, unifying web application development around a single programming language, rather than different languages for server- and client-side scripts. Let's look at what makes Node.js so popular:

Node.js is an open-source, a server-side script that runs on the top of Google’s open-source scripting engine V8. Node.js is fast, lightweight, and efficient. It uses the asynchronous mode of operation, event-driven Input/Output rather than using the traditional threads or separate threads for each process.

Node.js has transformed an age-old standard which was based on a stateless web & request-response. With Node.js we’ve finally entered into the realm of real-time web applications with two-way connections, where server and client both can start the communication by exchanging the data freely. Node.js was first unveiled in 2009 at the annual European JSConf by Ryan Dahl. Initially, Node.js was sponsored as an open-source project by hosting solutions and cloud computing provider Joyent.

The major advantage, of Node.js, is that this JavaScript language doesn’t block I/O – meaning input/output communication method. Though the advantages of this are debatable on a positive side In Non-blocking I/O approach, you can initiate a request in parallel for user2 without waiting for the response to the request for user1. The requests in Node.js can initiate in parallel. This non-blocking I/O eliminates the need for multi-threading.Node.js runs in a single-threaded event loop, that is responsible for abstracting I/O from external requests.

Some of the major factors why should use Node.js:

Node.js provides real-time 2-way communication, communication between the server and the client. And that, in turn, is a model to distribute workloads among service providers (server) and service requests (clients).

Javascript has ever since the introduction of DHTML and has been a popular language ever since. Every web developer knows Javascript, this made Node.js easier to adopt and made JavaScript everywhere” paradigm, unifying web application development around a single programming language

Node.js is open-source and free. Node.js comes with NPM (Node Package Manager) which offers libraries that are built by the awesome community which will solve almost all the generic problems related to the Node.js. Npm has packages that are used in our apps to make the development process faster and more efficient.

Node.js increases developer efficiency if it has been used as a full-stack development platform. One developer working on frontend and backend both reduces the risk of communications gaps, bugs, and the ability to fix the issues.

Node.js is platform-independent and supported by almost operating systems. Node server runs in its process and one can use a proxy server to handle request/response, thus doesn't need any heavy web or application server or any additional infrastructure to run. With the use of NPM modules, the deployment process is quite easy and can be one command deployment.

Conclusion: Node.js has been the top choice for Full stack development for the past few years. Javascript based frameworks are doing really well and one of the main reasons behind this growth is Node.js. There is no doubt that Node.js is one of the best choices when it comes to developer server-side API's or any kind of web application, chat applications, media streaming platforms. Node.js is used by some of the big brands and has been a success story for many. Companies like Paypal, User, Google, Facebook, Netflix, Walmart, Uber to name a few to the list of successful Node.js implementations. If you looking for Node.js developers contact IcodeLabs to hire performance-oriented developers at affordable rates.