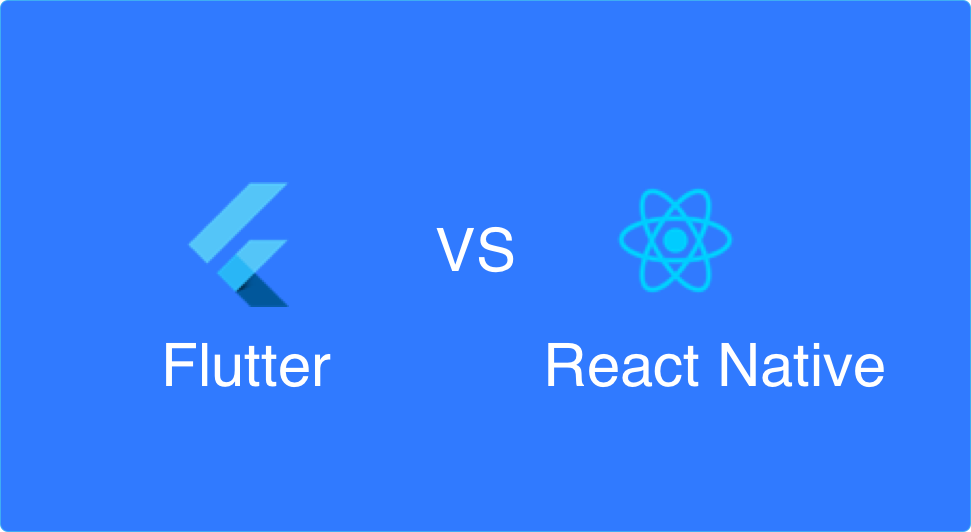 Cross-platform mobile app development is at a great pace and so as the needs of technology. When it comes to choosing the right technology to develop your cross-platform app the debate is between React Native and Flutter. Let's take a look into where they stand in 2020 as Flutter has spent a few years and with React Native has dominated the segment since 2015.

React Native React Native is a javascript framework built upon the React library, both created by Facebook, and it allows you to ship IOS and Android apps with a single code base

Flutter Flutter is developed and maintained by Google, is one of the leading open-source cross-platform apps development frameworks operative in the industry today. Flutter is an app SDK for building high-performance, high-fidelity apps for iOS, Android, Web (beta), and desktop (technical preview) from a single codebase.

React Native architecture relies on the JS runtime environment architecture, known as JavaScript bridge. It uses Facebook's Flux/Redux architecture a unidirectional flow of data to manage the app state. Flutter, on the other hand, uses Dart framework which does not necessarily require a bridge for communicating with native modules.

React Native uses JavaScript for building cross-platform applications. It is mainly used with React besides other famous JavaScript frameworks. This makes it extremely easy for web developers to get started with their mobile app journey.

On the other hand, Flutter uses the Dart programming language. In comparison its a fairly new language and needs much recognition. However, it is a fully object-oriented and strongly typed language with also used modern programming syntax. Developers coming from Java or C# find much easier to use.

Results: The choice of language depends on the familiarity of the developer. With javascript familiarity is much more for the web developers or developers working on javascript based frameworks it is much easier to work. If you come from a strongly typed and object-oriented language background Dart could be a clear choice.

React Native has been the most popular choice over the years but with the introduction of Flutter the market has been so competitive and the Flutter has been rapidly growing to catch the React Native market. Look at what Google trends say:

Results: Flutter has done exceedingly well and has been a tuff competitor to React Native. If the trends continue Flutter is going to surpass React Native for sure.

React Native works by relying on a given system’s native UI components uses bridges to connect. Many of these are dependent on a third party or custom developed libraries.

Flutter, on the other hand, offers comprehensive widgets sets, which can be further customized according to the UI design, rendered and managed by the framework’s graphics engine. It offers structural, visual, and interactive widgets

Results – Here Flutter is the winner as its widgets are for both Material Design for Google as well as Cupertino for Apple, making Flutter better than React Native in terms of the user interface.

React Native is considered to be one of the most reliable frameworks for building next-gen mobile apps. It is an efficient framework as it reduces the time-frame of development. React Native is Javascript based technology which has been there in the market for a long time which makes the platform easy for developers.

Flutter, on the other hand, has all set of new things, Dart is a new language and could take time to learn. Flutter promises high-quality usability however the development framework demands more recognition over React Native.

Results – React Native requires less development time as it provides a faster time to market an app. With react you can use third-party libraries and ready to use components, which reduces development time.

Flutter comprises C and C++ libraries which is closer to machine learning and delivers a superior native experience. All the components of Flutter such as User Interface are compiled using C and C++.

React Native does not employ native language instead its components are bridged with Javascript to connect each with the native module and perform the required action.

Results – Flutter delivers better performance as it makes it easy for mobile app development agencies to reuse the existing code. Its C++ engine works flawlessly and supports the language.

React Native is usually supported by the developer community due to its consistency, reliability, and feature-rich functionality for better app performance.

Flutter with the release of the 1.12 version looking great and in becoming more stable than the previous version. However, since it has been younger to the market React Native has an edge.

Results – React Native guarantees code stability as it uses downward data flow. The developer can easily modify the specific components of the app which then allow better stability and efficient app performance.

Google is known for its clear, detailed, and well-formulated documentation and with Flutter, they have continued the expectation. It organizes your code qualitatively making it simple for an enterprise mobility solutions provider.

Despite React Native's longer market presence and better market adoption, its documentation isn’t easy to use. The way the elements are organized seems a bit chaotic. Finding exactly what you are looking for is also difficult since it isn’t clearly indicated which components of the framework are still supported and which are already deprecated.

Results – Hence, Flutter is the best option as far as documentation is considered when compared to React Native.

Conclusion: Both are competitive technologies and both are going to stay but the choice one over the others really depends on multiple factors. If your development team or stack of your products uses Javascript it makes more sense to go with React Native. If you are starting a new platform and love object-oriented and strongly typed language Flutter is the right choice. Flutter delivers better performance over React Native if you are developing an app using a lot of animations of memory consumption Flutter could be a better choice but if you love to see your app with a Native look on the platforms React Native could the choice. If you are looking for a good React Native or Flutter development team contact IcodeLabs and hire a highly performance-oriented team.

Choose ReactNative or Flutter to develop your Android and IOS apps and save huge costs.